From the Rogues' Gallery: The interesting life of Andrew Shannon, convicted (again) in Dublin for possessing a stolen painting 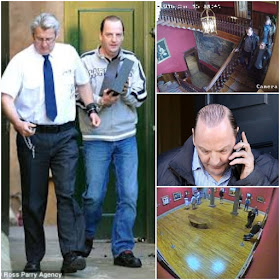 Some art thieves are savvy characters, others are, lets just say, special.


As of this week, burglar, petty criminal, art, and book thief, Andrew Shannon has 52 convictions for burglary, theft and criminal damage.


Some of his criminal offenses have been mundane, like the 2016 theft of 17 electric toothbrushes worth €200 from a Swords supermarket.  Others have been more peculiar, like the intentional damage he inflicted in December 2014 when he punched Monet's 1874 painting Argenteuil Basin with a Single Sail Boat at the National Gallery of Ireland.  That bizarre act resulted in three tears, the longest of which was 25 cm, and took conservators 18 months to repair. 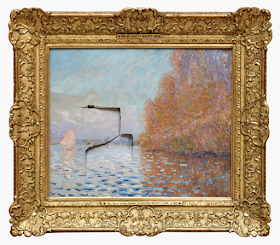 A serial thief as far back as 2009 Shannon has had a penchant for burgling stately homes, often with accomplices. Travelling from Ireland to target English properties he often posed as a tourist, stealing porcelain vases, ashtrays, books, ornamental lions, figurines, valuable antique books and even a walking stick.

In 2016 the kleptomaniac was convicted of stealing 57 stolen antique books from the library at Carton House in Kildare, including one of only six rare 1660 editions of the King James Bible.

His most recent conviction comes from the theft of an 1892 oil painting by Frederick Goodall stolen from Bantry House, in Cork, in March of 2006.  Blaming his sticky fingers on both his heart disease and his addiction to Benzodiazepines and harder substances while recovering from a quadruple heart bypass, the prolific offender filched a surprising array of objects, some of which had very little monetary value.

I guess the man had a penchant for Sci Fi and clean teeth, as well as art and literature.