Two massive earthquakes, registering 5.3 and 5.1 on the Richter scale of earthquake intensity have caused untold damage to Croatia's capital city Zagreb  in the midst of a nationwide lockdown for COVID-19.

At present no fatalities have been reported however massive damage has occurred at Zagreb's Muzej za Umjetnost i Obrt, the country's Museum of Arts and Crafts housed in the Hermann Bollé-designed palace built in 1888.  While assessments are still in progress, Croatia's Cultural Minister Nina Obuljen Koržinek has confirmed damage to the building structure itself, to objects on the second and third floors of the museum, and to the museum's restoration laboratory, responsible for conservation works on metal, ceramics and glass, textiles, painting and polychrome sculpture.

At the time of this natural disaster the MUO is said to have held some 100,000 objects from the 13th century to present. The MOU's Director, Miroslav Gašparović, hopes that with the help of the City, the Ministry of Culture, UNESCO and other international institutions, his team will be able to repair the damage to the museum's external structure and to secure and conserve the collection.

Like the MOU, the quakes also heavily damaged the physical structure of the  Vranyczany-Dobrinović Palace where the Arheološki Muzej u Zagrebu (AMZ), the Archaeological Museum of Zagreb is housed just off Zrinski Square.  This museum houses important objects from  Prehistory, Egypt, Antiquity, and the Middle Ages.

Documenting the damages, the AMZ has posted some 65 photos depicting objects impacted by the quake, only some of which have been reproduced here. The images show cracks in gallery walls and plaster, display cases cracked or completely shattered, statues and sarcophagi toppled or tipped over, and hundreds of objects smashed or severely tossed about.

The Muzej Suvremene Umjetnosti, the Museum of Contemporary Art, which houses some 12,000 works of domestic and foreign artists also reported significant damage to its own structure as will as to the collection.  In this museum, the anti-fire mechanisms caused flooding in some exhibition rooms, and water damaged has been reported in both the ceiling and floors. 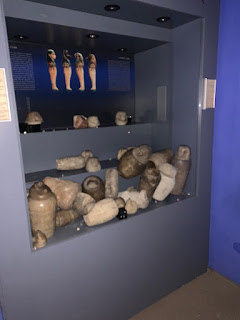 Some of the other cultural heritage sites affected include the Croatian Music Institute in Gunduliceva Street, a protected cultural monument, the 140-year-old building which houses the Croatian Academy of Sciences and Arts, the Basilica of the Sacred Heart of Jesus at Palmotic, the south tower of Zagreb Cathedral, which was under reconstruction,  and the famous 1905 Kolmar building on Ban Jelacic Square, where the Society of Croatian Writers is located.  Here the earthquake severely damaged one of its towers. 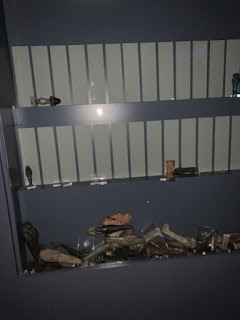 Probably one of the most complicated heritage rescue missions to date, damage inspections and the securing of objects after this national disaster are being carried out during a world-wide pandemic, a situation which creates a perfect storm of events that makes salvaging collections and shoring up sites all the more complicated.  One of the strongest earthquakes to hit Zagreb in 140 years, there are more than 600 buildings impacted and in keeping with government rules, this means that the cultural ministry and city authorities will be utilising as few staff as possible, in accordance with the decisions of the Civil Protection Headquarters of the Republic of Croatia, with the aim of preventing the spread of COVID-19. 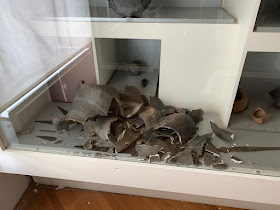