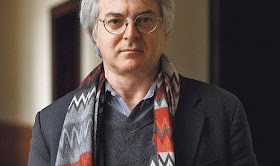 This year, the ARCA Postgraduate Program in Art Crime and Cultural Heritage Protection will be held from May 29 till August 12 in the heart of Umbria in Amelia, Italy. In the months leading up to the start of the program, this year’s professors will be interviewed. In this one, I am speaking with Marc Masurovsky, co-founder of the Holocaust Art Restitution Project.

Can you tell us something about your background and work?


I was born and raised in Paris, France, of American artists, one figurative, the other abstract. I took an early interest in history and especially in the politics and economics of fascism and national socialism. My interest further increased as I was able to work at the Office of Special Investigations in Washington, DC, investigating the past of suspected Axis war criminals who acquired US citizenship. Then I was hooked. My independent research focused on the economics of genocide and the recycling of all kinds of assets looted from Jewish victims and the near-absence of postwar justice against those who executed, abetted and profited from those crimes against humanity. I eventually found myself involved with class action lawsuits against Swiss banks which led, inevitably, to the looted art issue with which I have been associated for the past two decades. I am a co-founder of the Holocaust Art Restitution Project and have taught a number of workshops focused exclusively on provenance research as it applies to Nazi/Fascist-era dislocations of Jewish-owned property.

What do you feel is the most relevant aspect of your course?

I teach one course, provenance research. I view it more as a training than as an academic exercise.

What do you hope participants will get out of the course?

I hope that those who take the provenance research workshop, (that’s really what it is), never look at an artistic, cultural, or ritual object, again with the same eyes as they had before they took the course. I want them to become skeptical of everything that they read about the history of those objects and to develop an insatiable curiosity for understanding where those objects come from and the what/where/when/why/how of their pasts by whom and with what.

What would a typical day be like in your classroom?

Every day is different but a main component of the workshop is to ask questions, remain inquisitive and be able to think outside of the proverbial box.

While each year participants are very enthusiastic about your courses, is there anything you learn from them in class?

Each participant comes from a very different background and he/she has his/her own unique relationship towards art objects, culture and history. The gift they bring me is their story, and the way they apprehend the topics that we tackle each hour of every day and, hopefully, be part of the transformation that they go through when confronted with evidence, inquiry, and research.

In anticipation of your courses, what book, article, or movie would you recommend to participants?

There is no real way to get ready but it would help if participants were a bit savvy about the history of modern Europe, the basic dates, times, and places of major events that provoked these displacements of property. Lynn Nicholas, Hector Feliciano, Jonathan Petropoulos, are some of the authors who produced significant monographs on Nazi plunder, but there are also special investigative reports produced in the early 21st century in the UK, France, the Netherlands, Switzerland, Austria, Germany, and Italy, on Nazi looting. HARP's own Plundered Art blog will provide a more argumentative and polemical approach to the issues of plunder and restitution, while suggesting how research can be conducted on objects with dubious pasts.

Which other course in the program would you love to follow yourself and why?

I enjoyed sitting in on Dick Drent’s course because it humbled me on my ignorance of security issues in museums. Perhaps Christos Tsirogiannis’ course would interest me because of his fierce approach towards the art market and his ability to ferret out looted antiquities. But, seriously, I don’t have any favorites out of fairness to the other professors. 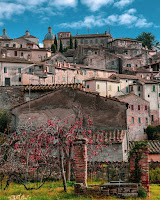 Is there anything you can recommend for future participants to do in Amelia or Umbria?

They should leave their prejudices and assumptions at home and come prepared to be challenged in a small town in central Italy. The structure of the workshop allows them to grow. But they can only grow if they allow themselves to be vulnerable, to listen and to question. The questioning is only credible if it is anchored in evidence. As you know, it’s too easy to say: Why? You need to justify your questions and to challenge based on your own research and be prepared to hear that perhaps you are wrong and be prepared to realize that perhaps you are right. That is part of learning and growing...

For a detailed prospectus and application materials or for general questions about the 2020 postgraduate program please contact us at education@artcrimeresearch.org

In addition to the postgraduate program, the provenance course is also offered as stand-alone course. ARCA and the US-based Holocaust Art Restitution Project (HARP) have teamed up to offer its 4th annual stand-alone provenance course which tackles the complex issues of cultural plunder. More information can be found here on our website. 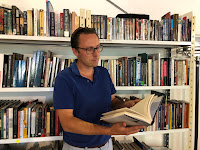 Edgar Tijhuis is Academic Director at ARCA and visiting scholar at the Institute of Criminology in Ljubljana. He is responsible for the postgraduate certificate program in the study of art crime and cultural heritage protection. Since 2009, Edgar Tijhuis has taught criminology modules within the ARCA program.
at Tuesday, January 21, 2020
Share