19 profiles, posting to just one thread, within one private group, on one social media site. How many more are out there just like this one?

Group Member 1
Two of 23 stucco buddhas that I took out from storage. Varying from 25 cm to 40 cm. in height. Purchased in the 90’s as Ming, but I feel that they could be much older, Jin or Song perhaps. They came in batches of hundreds.... some poor temples raided. I had first pick, perks being good friend of dealer and selected the best ones. They were all gone within 2 weeks, a Korean bought the whole lot and shipped them to Korea. Any thoughts most welcomed!

Group Member 2
great to have the complet [sic] set

Group Member 1
no complete set.... there were hundreds! They came in three batches of about 150 to 200 pieces each.

Group Member 3
Did they all come from a single place?

Group Member 1
yes! Poor temple got raided .... from Shanxi. Am sure these were dug out from the walls of the temple.

Group Member 4
I heard was a cave but who knows? Here is a larger one, looks to have been restored/repaired about two or three times over.Free standing- not pried off a wall. 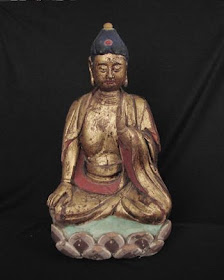 Group Member 1
what is the size? Do you have a photo of the back? Think they added a hand and repainted it .... looks wooden and stiff 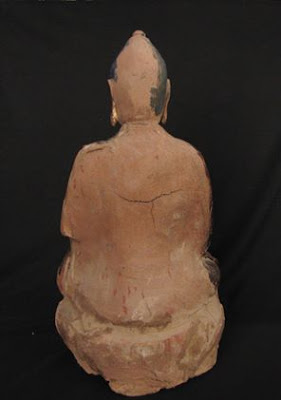 Group Member 1
I see what they have done!!! They added a backing.....so that it is no longer 2D

Group Member 4
No, I don't think the back was added (imo), on mine. It was "sculpted' or not molded.

Group Member 1
if you say so!

Group Member 4
I do.

Group Member 1
#4 am sure you seen these but not this quality !
[Image file deleted]

Group Member 4
I've had a few, very nice and hard to find in such good condition.

Group Member 6
My guess!! is Yuan or early Ming - based superficially only on hairdo and facial features.

Group Member 9
do you mind me saying that I find it alarming that someone knowingly buys looted, stolen things. You would probably not do it when it is a stolen television, but you would when it’s about a statue many people have revered during many years?

Group Member 3
I often have mixed feelings about these things. On one hand it saddens me that some historical and cultural heritage suffered irreversible damage from this. On the other hand, I would hate to see something like this in the hands of uncaring individuals who only see them as a commodity.

Group Member 10
I absolutely agree. This is disgusting :(

Group Member 11
These were different times back then. In some ways they were going to be sold one way or another. At least they went somewhere they were protected/conserved.

Group Member 6
We do not know when the poor temple was raided and for what reason...

Group Member 12
With that logic not a single item would exist after cultural revolution. So you cannot demonize looting as a whole.

Group Member 13
The Buddhas could be from a temple that was impacted by the construction of the Three Gorges Dam which began in 1994. https://pages.vassar.edu/realarchaeology/2015/11/22/the-three-gorges-dam-and-the-preservation-of-archaeological-sites/

Group Member 12
i thinks or more of sort of looted for profit. As 99,9% of all items 😜 Off course its bad and not good but sometimes it happens that it was retrospectively better that those items where moved out of a country for other generations.

Group Member 1
I share your view. If that is your case , anything coming out of China without the wax seal mark prior to 1980 is illegal. After that, anything that is Qianlong or after, is illegal from China too. With the mass destruction and looting done by the West in the past, the trend continues but a trickle..... totally for commercial reason. By your values, every stolen object should be returned to China and anything pre Qianlong you yourself traded in from China, is illegal too.... including all the Tang, Han, Ming tomb figures . I totally am totally sympathetic to the wanton destruction for commercial gain, but could not help myself, if I see something beautiful and affordable. They would and have disappeared into the market. At least I have a few and sharing their beauty here.

Group Member 1
(Speaking to Group Member 10) all your Chinese Buddhas and wooden deities/altar figures were also stolen from temples!

Group Member 1
the buddhas were from Shanxi, North China.

Group Member 11
Also none of these are "cultural relics" level items.

Group Member 10
I don't think it is the same situation. Most of my pieces were inherited, bought in Macau, prior to the Cultural Revolution when the Chinese didn't really care about those pieces, and when there were plenty for sale in Macau. Later, many others were bought to Chinese from the mainland, bringing them to Macau saving them from being destroyed during the Cultural Revolution. I think it is totally different than just looting temples for sale.

Group Member 10
not necesserally. Many were in private houses. I am sure you know there were beautiful private houses and palaces all over China and their owners brought what they could to Macau fleeing Communism China.

Group Member 1
looted items, with time is still looted items. Whether the Chinese cared or not is immaterial, but they were not taken from temples illegally. The inheritance of looted items do not make it ok. The buddhas just appeared in the streets of Hollywood one day in two or three dealer’s shops. I was dramatic to say looted, but maybe the temple was being torn down for some development or other reason.

Group Member 1
p.s. every piece of antique older has passed through many hands, even generations. Are you certain that every piece you have has legal provenance?

objectively nobody can say that. I really dont understand the witch hunt here. 99,9% of all antiques are somehow looted if you dont keep them in the country of origin. Just think about all the museums which are full of stolen goods of major cultural significance.
Stolen.
looted and cultural appropiated
etc etc....

Group Member 14
Sadly, much of what we collect was, at some point, probably taken forcibly. There are religious items for sale that come out of European churches and monasteries all of the time. I own a few of the smaller items, but I was very tempted to buy a life size wooden statue of an angel that came out of a church somewhere in Eastern Europe. The truth of the matter is we cannot know for sure about most of the things we own or have purchased. I look at what I have collected and ponder this quite often. Collecting things will always be a double edge sword.

Group Member 15
I am glad others shared the same dilemma as I do, as much as I know, the items that I owned were purchased from the owners but you can never be sure of its origin. I have been in a situation (uncomfortable) where the children of the owners (still alive and sad) are trying to sell their parents collections or heirloom to me. They claim it's taking up space and need the money for their medical bills. And I have met some monks who told me stories about how in the past they dont need to lock their monasteries but not so now. They show me places or empty spots where something sacred used to sit. And the metal chains and locks around those that survived.

Group Member 16
If it weren't for stolen objects, most (if not all) museums in the US and Europe would be shut for lack of artifacts. That is NOT justifying the looting, only a sad statement of fact.

Group Member 15
though there is a conscious effort now to return and recall back for those items but they will never return them.

Group Member 18
Lots of Hindu temples dating as early as 7-11 century were broken down in Bangladesh ,the statues ended up in antique shops in Dhaka ,Guess many were exported to Europe and the authorities did not care as its a Islamic nation and were not keen to protect the ancient archeological heritage .

Group Member 15
also too poor and too many of them around. I am working on nature conservation, people don't care about these things if their stomach is hungry and children are crying for food 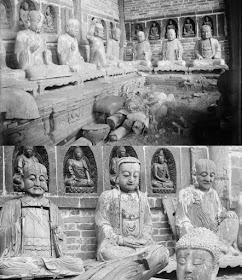 Transcribed as written from one day's posting (12 February 2020) within one private Facebook group.
How many more groups, just like this one, are out there? 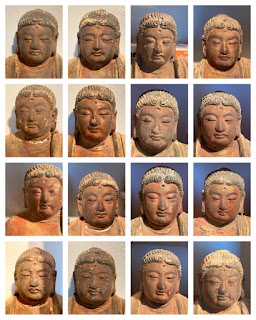 That was a rhetorical question. Too many to monitor.