Understanding the chiaroscuro context of art crime and statistics 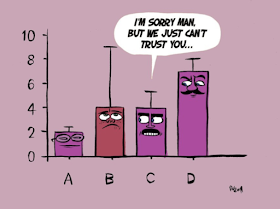 Erika Bochereau, the Secretary General of the Confédération Internationale des Négociants en Œuvres d’Art (CINOA), a trade organization for art and antiques dealers, has written a response to a recent report by ILLICID,  launched by the German Federal Ministry of Education and Research.   In their report, the researchers reported that thousands of archaeological cultural assets from the eastern Mediterranean are currently offered for sale in Germany and in most cases, it is impossible to use the accompanying information to assess whether the objects are legally or illegally placed on the market or even determine what is fake.  Bochereau's Op Ed article can be found on ArtNet News here.

In her article the CINOA Secretary General expressed that the report is:

"part of the trend now dubbed “zombie statistics”—that is, pieces of information that are frequently cited by experts and institutions, despite having no basis in research or reality."

In one sense Bochereau is partially correct, statistics regarding art crimes are difficult to concretise and even harder to evaluate and there is the circular loop where off the cuff recorded stats are repeated by various institutions citing one another, without any of them actually taking responsibility for researching the statistic.

Frequently art crime statistics are inconsistent, incomplete, ineffectual or inconclusive, in part because the market is intentionally opaque with regards to object provenance, which makes data collection difficult, and therefore harder to quantify, especially when what is "clean" in the market and what isn't requires an object by object evaluation, and in part because statistics are only as good as the record keepers' records, and having some uniformity in how records are documented is a problem with all national and transnational crime.

Bochereau is also correct that many of the numbers thrown about in newspaper articles can be based on word-of mouth evidence or are subject to individual interpretation:

"a “belief” held by some experts—but gave no evidence to support that belief."

But I would argue that point a bit further.

Statistical analysis, reported in the press or in loftier political, regulatory, or economic corridors is always problematic, even more so when interpreted by journalists with rapid deadlines, asking for quotes from talking head experts who are non statisticians,  or worse, citing a one-liner written in an academic article without a fuller examination.

To illustrate my point in a less contentious manner, let's take a look at a non art crime case with its own more concrete, yet still frustratingly, very variable, set of statistics.

Let's assume you are a news journalist or a researcher who wants to calculate a statistical result regarding a specific seizure of illicit drugs.

In our test case, let's use last year's arrest of an Italian national connected to the seizure of 1,500 kilos of cocaine which had been destined for Europe and found aboard a fishing vessel bound for Spain.  Knowing that the UNODC keeps stats from 2007 to 2017 on cocaine prices in Western and Central Europe, it should be fairly easy to extrapolate the "value" of that particular haul.

So let's set about calculating the value of this single cocaine seizure in a methodological manner.

The street value price point in Spain for cocaine is $67 per gram.
The street value price point in Italy for cocaine is $92 per gram.
And finally, by some weird quirk, the street value price point averaged out across the all reporting EU countries for cocaine is slightly lower, at $84 per gram.
Which dollar value do you use?  Well, if you are law enforcement and want to validate the investigative successes of your detectives, you may elect to use the numbers related to your particular country.  If you are a politician coming up for reelection who wants to show a drop in crime during your administration, he/she may want to use the data that reflect the lowest dollar amount possible (to show a downturn in crime) or the highest number possible (to solidify a get tough on crime stance).  Lastly, if you are a journalist, well, bigger is always sexier right?

Now imagine asking every law enforcement agency where drugs are seized which numbers they used when they gave their estimate to their governments, to news journalists, or to research academics.  And when asked to generate numbers on multiple seizures, confirming if anyone has bothered to specify which numbers they used or how they derived the figure.

I can tell you form experience, many people are satisfied with just having any measurable number without exploring further where the statistical data was derived.

All this to say that even with an illicit drug, which at least has a quantifiable price, and a finite weight, to determine a financial value, does not always give you a uniform formula for interpreting that data when left unspecified.

Heck, even with something as simple as counting the dead in the COVID-19 pandemic can give you skewed data, as some countries are keeping statistics which only count confirmed (i.e. tested) coronavirus deaths and leave out all the people who died before they could be tested. 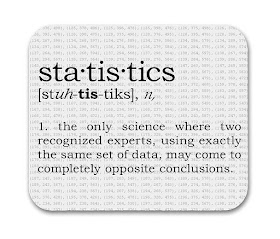 But let's switch back to trying to establish financial numbers related to art crimes.

Winding the clock back to September 2016 when two Van Gogh paintings, which were stolen from the Van Gogh Museum, were recovered in Italy.

According to the New York Times, at the time of the theft, the estimated value of Vincent Van Gogh's “Seascape at Scheveningen” (1882) and “Congregation Leaving the Reformed Church in Nuenen” (1884/85), was 4 million euros, or about $4.5 million, according to Adriaan Dönszelmann, the managing director of the Van Gogh Museum.

The UK's newspaper the Telegraph estimated that the two paintings were worth a total €100 million despite giving no explanation as to how they arrived at this exaggerated number.

The Van Gogh Museum's administration at the time of the recovery gave no numbers whatsoever.  They stated only that the "art historical value of the paintings for the collection is "huge".

And lastly, given that the paintings were never actually up for sale in the first place, nor would they ever appear on the licit market auction block, others argued that the works of art were "priceless".

What quantitative financial figure do you give to a "priceless" work of art?

So how would you quantify that one single theft when trying to create a total value of art thefts from museums for example?

In making a financial accounting of not-for-sale plundered antiquities accessioned into museum collections, what value would you put on the Getty Bronze?  The price the museum originally paid for it?  The sales price, plus the price for restoring and maintaining it?  All of the above plus the cummulative years of attorney fees spent to litigate over and over again for its return?  Or would this statue also simply be referred to as "priceless".

Now quantify the "damages" to heritage originating from conflict countries.  What price can you put on undermining the cultural identity of the local communities, the sometimes absolute destruction of their cultural and religious monuments, or the theft of private property (as in World War II related claims) and national collections?  What price do you put on art as it relates to its tactical value, for insurgencies and terrorist groups, when they destroy art as a means of displaying control, and loot the objects of their perceived opponents for financial gain in an asymmetrical conflict?

Better still, try quantifying the smaller, portable artefacts deliberately stolen from archaeological sites, temples and museums which are on the market now.  Here we COULD in theory at least give a market value based on searching out the individual sales prices of confirmed suspect artefacts, but that type of drilled down research isn't being done comprehensively and it sure isn't being funded by countries or academic institutions, let alone by the market itself.

So there you have it.  A total standoff, between the market making excuses for its own provenance opacity, standing behind the convenient loophole that data protection rules prevent full disclosure without consent, and the traditionally clandestine nature of the art market in and of itself, each of which pose further challenges to putting financial figures together to concretely assess "the cost" of looting and trafficking in an easily digestible, and truly accurate way.

What we do know is that the illicit market in movable cultural property motivates looting in developing nations.  On a transnational level, it is indisputable the trade in illicit art has been proven to put money in the hands of everyone, from gallery dealers, an unemployed workman, farmers, petty criminals, organised crime syndicates and on some occasions military insurgencies and terrorist groups.

I will close by saying, I too question statistics frequently.  But I do look at facts, even in isolation.  Facts which clearly illustrate that the problem of illicit art being bought and sold on the licit art market still presently exists and it is real.

I am also open to admitting the difficulties of data and its inherent fallibility, but I'd like to also see a similar openness from the art market's dealer associations openly addressing that there are still problems among some of their stakeholders that they should be taking an active role in addressing, instead of merely downplaying the research of others while putting their collective heads in the sand that there is real work to be done in order to clean up the art market.

If the Confédération Internationale des Négociants en Œuvres d’Art (CINOA) wants to critically judge the research efforts of ILLICID, then let them do so, but they should also turn a critical eye to the concrete proofs that there is an ongoing problem with tainted artworks circulating in the art market amongst some of their membership, despite old and new legislation and conventions.  In doing so they should also be more forthcoming with acknowledging that some of the market's current problems can be traced to individuals directly affiliated with their member associations.

I have yet to read a statement by a member of CINOA management which seeks to address what stance CINOA has taken towards dealers-members like Jaume Bagot Peix, under investigation in Spain, or Jürgen Haering who has been listed in the sales of an oinochoe, a lekythos, and an attic cup all tied to disgraced dealer Gianfranco Becchina.

Nor has CINOA openly addressed the fact that suspect objects for sale or on consignment with some of its association members are (still) being seized in connection with law enforcement investigations; some as recently as TEFAF Maastricht 2018, TEFAF New York 2018, BRAFA 2020, and TEFAF Maastricht 2020.

Those seizures may not always make for irrefutable, pretty bar graph with an eye-popping stats, but they happen with enough frequently that both BRAFA and TEFAF have clauses written into their Terms and Conditions documents which specify that the fairs cannot prevent and are not responsible for any legal seizure and/or custody of works of art.