Prosecutors file a civil forfeiture complaint for the Gilgamesh Dream Tablet which they say was looted from Iraq.

Authorities in the United States have filed a civil forfeiture complaint for a 1600 BCE cuneiform tablet featuring a dream sequence from the Epic of Gilgamesh. Acting as the Plaintiff in the case, the US authorities brought an action in rem for the tablet pursuant to 19 U.S.C. § 1595a(c)(1)(A).  Under this section, US law authorizes the forfeiture of any "merchandise" that is "introduced or attempted to be introduced into the United States contrary to law." In this case, that's when it is believed that the property was stolen in a foreign country and imported into the United States illegally. 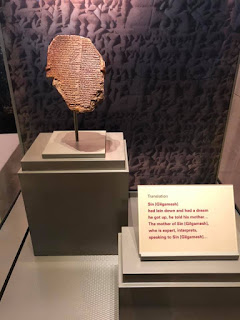 The ancient clay object, originally part of a larger six-column tablet, contains seventy-four lines of Middle Babylonian cuneiform text, and is known to be one of only thirty known surviving fragments from the Epic of Gilgamesh created during the old and middle Babylonian periods.  Written almost 4,000 years ago, the Epic of Gilgamesh is one of the oldest known literary works in the world. The earliest parts of the poem were first discovered in the ruins of the library of the Assyrian King Ashurbanipal, in Nineveh, Iraq in 1853.

Based upon the facts as set out in the Verified Complaint in Rem, on July 30, 2014, Hobby Lobby wired $1,674,000 to an unnamed auction house as payment for the Gilgamesh Dream Tablet, having purchased the artifact for donation or display at the Museum of the Bible in Washington DC.  This was the same year that the company's fundamentalist president, Steve Green, persuaded the United States Supreme Court that it deserved a religious exemption from a federal requirement under which employers in the country are made to provide their workers with access to contraceptives.  It is also the same month that the Egyptian Exploration Society gave Dirk Obbink an ultimatum: cut ties with the Green family or lose his editorship of the Oxyrhynchus Papyri, several fragments of which are now part of a separate ongoing investigation into another illegal sale in the United Kingdom.

Three months earlier, in April 2014 Manchester-based papyrologist Roberta Mazza had already published a blog post after visiting the Green's exhibition Verbum Domini II in Rome, Italy.  There, Professor Mazza recognized that another ill-advised Green purchase, a papyrus fragment of the Coptic codex of Galatians 2:2-4, 5-6, was one which had earlier been identified by Brice Jones and Dorothy L. King as having passed through the hands of a middleman trafficker on eBay, a gentleman going by the pseudonym Ebuyerrrrr, Yasasgroup, and later Mixantik.  As the investigations into the Green's buying habits progressed, Mazza, would be integral in determining that the Turkish middleman was Yakup Ekşioğlu, a name kept discreetly amongst researchers while investigations were undergoing.

Not long after the payment for the Gilgamesh Dream Tablet was finalized, the firm affiliated with the sale shipped the Gilgamesh Dream Tablet to their New York branch and then arranged for one of their representatives to hand-carry the tablet to Hobby Lobby in Oklahoma City, in order to avoid incurring a New York sales tax. The cuneiform tablet was subsequently transferred to the Museum of the Bible in Washington DC, where it drew concerns with one of the Museum's curators, in the lead up to the museum's grand opening. This unnamed curator queried the parties involved in the object's history post-sale, looking for evidence that would establish the artifact's legitimacy; an act of due diligence that should have been done by the prospective buyer before the tablet was purchased, and not after.  Those involved were anything but helpful. 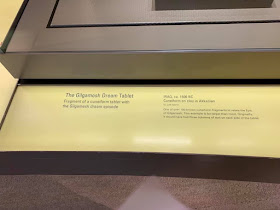 This likely explains one of the reasons why the cuneiform tablet, once on display on the 4th floor of the DC museum in the History of the Bibles Galleries, was displayed with no provenance information whatsoever.

On 24 September 2019, the Gilgamesh Dream Tablet was seized as part of this civil investigation.  As the complaint released demonstrates, the importance of export documentation, for potential owners and dealers, or the lack thereof is a useful tool for researchers, law enforcement, and customs agents who monitor and prevent the trafficking of cultural property, none of which was remotely in keeping with this particular object.

But where was the Dream Tablet before?

As background to the case, the US document cites that the tablet was first seen by an unnamed antiquities dealer in 2001 on the floor of a London apartment belonging to antiquities dealer Ghassan Rihani originally from Irbid in northern Jordan.

Prior to Rihani's death as well as after, a substantial portion of his "collection" of Iraqi objects began appearing on the London ancient art market. Many were believed to have been illicitly exported out of Iraq during the Gulf War following the 2003 invasion of Iraq and then recycled as being part of the not well documented Rihani family collection, something his son has denied in an interview with the New York Times.

By March/April 2003 the same dealer returned to London with a cuneiform expert and again viewed the tablet, this time with members of Rihani's family.  It is at this visit, where the dealer agreed to purchase the cuneiform table along with other items for a total of $50,530.  These items were subsequently mailed back to the United States and sold onward to two other dealers in ancient art for $50,000 along with a preliminary translation of the inscription.

By March 2007, false provenance documents had been created which omitted any mention of Rihani or the United Kingdom transaction.  Instead, the would-be provenance documentation proclaimed that the tablet had been purchased at a 1981 Butterfield & Butterfield auction in San Francisco, listed as LOT 1503.  All of which was blatantly untrue, as was the claim that the tablet had been deaccessioned from a small museum.

The cuneiform table would eventually make its way into the hands of Michael Sharpe, who published the object in his Rare & Antiquated Books catalog, where the object's constructed pedigree took a back seat to it's highlighted importance.

Like many cases before it, the multiple transactions surrounding the sales of the stolen Gilgamesh Dream Tablet reflects the inadequacy of the due diligence performed by intermediary dealers, the auction house, and the Green family themselves.  A simple check of the Butterfield & Butterfield auction records would have noted that LOT 1503 does not match the description of a terracotta cuneiform tablet from Iraq.  That alone should have given someone reason to pause.

At best, all of these dealers' behavior, the auction house's behavior and the collector's continued nonchalant attitude towards the object agreed to he purchase should be characterized as negligent. At worst, it shows the complicity of market actors, including those anonymously helping law enforcement post-facto, in prioritizing profits and plausible deniability as a masquerade for stewardship and collecting ethics.

As a result of this case, never shy Hobby Lobby has deflected its own ethical responsibilities towards due diligence by filing suit against Christie's, alleging fraud and breach of warranty in connection with the private treaty sale allegedly after the Gilgamesh Dream Tablet's provenance failed to stack up. This move confirms the auction powerhouse as the intermediary auction house, unnamed in the civil forfeiture complaint. That case has been listed as Hobby Lobby Stores, Inc. v. Christie's Inc. (1:20-cv-02239) to be heard in the Eastern District of New York and names Georgie Aitken, Head of the Antiquities Department at Christie's in London from 2009-2016 and Margaret Ford, the Senior Director, International Head of Group, Books and Science at Christie's.

In closing, it is interesting to note that in the past Christie's has voiced a willingness to work closely with law enforcement agencies and ministries of culture to resolve issues when suspect antiquities passing through their organization, but reading the emails detailed in the civil forfeiture complaint for this cuneiform tablet show acting employees of the firm being anything but that. Instead, Christie's appears to have been trying to extract itself from the difficult situation it found itself in, having failed to so their advance homework prior to accepting the object for consignment or at any point up to the final sale.

Yet guarding our past for the future, is also going to be a tough sell for the Oklahoma-based retailer/donor.  In 2017 Hobby Lobby was fined $3 million after federal authorities alleged that the firm bought thousands of historical artifacts that were smuggled out of Iraq.  In 2019 the Museum of the Bible deaccessioned and restituted a number of stolen EES papyrus fragments removed illegally from the Oxyrhynchus Papyri housed at the Sackler Library in Oxford and in 2020 the museum relinquished 11,500 antiquities to the Iraqi and Egyptian governments, which had been acquired with a lack reliable provenance, or ownership histories.

Then there is that Galatians fragment Dr. Mazza has been asking about for years now, as well as many other pieces, have been tied back to Dr. Dirk Obbink and his private antiquities enterprises.

At the time of the last restitution Mr. Green stated:

“One area where I fell short was not appreciating the importance of the provenance of the items I purchased.” 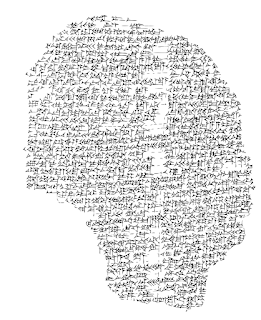 One would question just how many legal entanglements it will take before Mr. Green starts to acknowledge that he is a significant contributor to the problem and not merely an innocent victim.  His failure to have engaged in serious due diligence of the artifacts he has purchased has already caused the Museum of the Bible to suffer by their own hands.  Likewise, due diligence of looted antiquities, especially those that could be from conflict-based countries, must be meaningful and not superficially plausible, in the furtherance of a sale's commission.  Partially-documented histories in an object's collection background, do not necessarily always point to fresh looting or illegal export but when an antiquity's background looks murky, as is the case with this important cuneiform tablet, the art market and wealthy donor collectors need to step up their game, by no longer participating in the laundering and by allowing researchers access to past sales details so that wrongs can be righted.